The muskrat (Ondatra zibethicus) is an invasive species in the Netherlands. Its burrowing habits are alleged to threaten the integrity of the extensive water control infrastructure, posing a public safety hazard in this densely populated, low-lying country. A national control program currently traps and kills tens of thousands of muskrats each year. The costs (annually about € 35M) as well as concerns raised by animal welfare groups have raised questions about whether the control program could be improved, and even whether it is necessary at all. To better quantify the extent of putative damage, 2634 km of dykes, levees and banks were inspected annually (2013-2016) for ‘major’, and 220 km for ‘minor’ damage. The study was co-organised with a large-scale experiment (reported elsewhere) manipulating muskrat control effort in 117 randomly-selected 5x5 km squares on the national reference grid. We estimated the mean density of major damage at 0.50 ± 0.05 s.e. and that of minor damage at 17.6 ± 3.8 s.e. per kilometer of bank/levee. For both major and minor damage, there is a significant and positive relationship with the average size of the muskrat catch in the same 5-km square over the previous six years. We also found that various types of standard bank protection structures were not effective as preventive measures against burrowing. 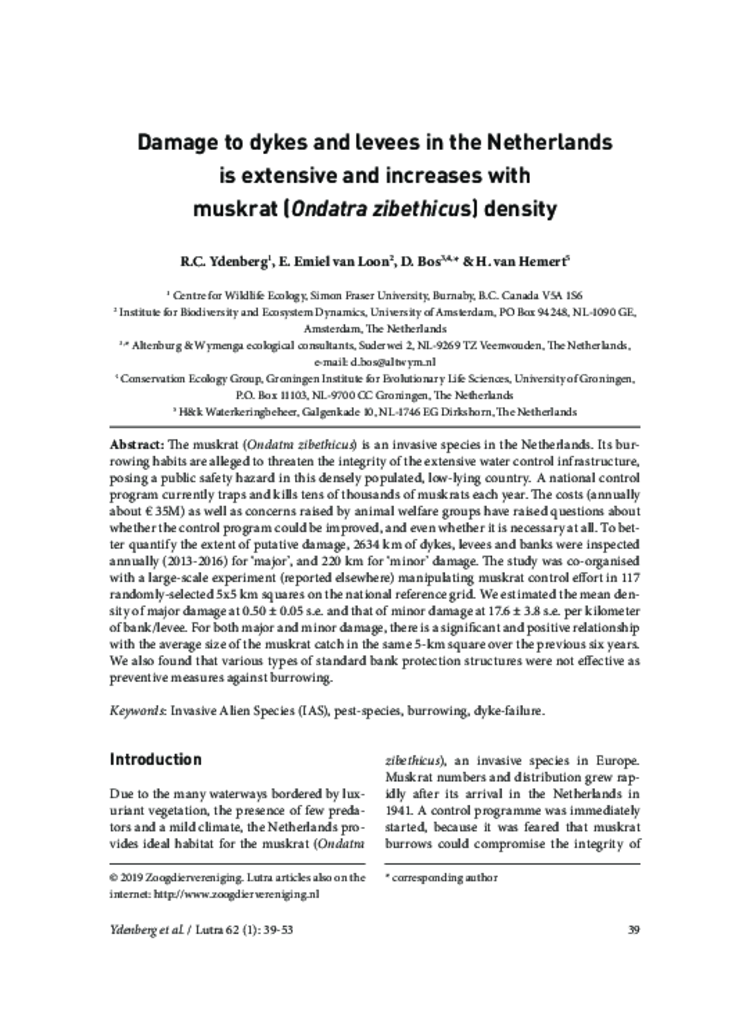 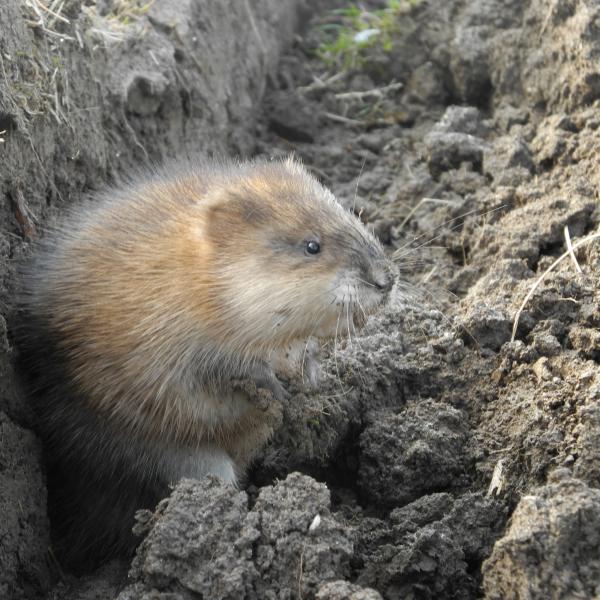