A study was conducted to investigate the timing of the breeding season of western hedgehogs (Erinaceus europaeus) in a rural landscape in Ireland, their courtship activity and the first appearance and possible dispersal of juveniles. Between June 2008 and June 2010, 24 hedgehogs (18 ♂ and 6 ♀) were caught and monitored by radio tracking and direct following. A preponderance of males was recorded in both adults and juveniles at the study site and the sex ratio deviated significantly from a 1:1 ratio. Courtship behaviour took place between April and July and occurred almost exclusively in a nine ha pasture. An individual female paired with up to seven males in a season. The first appearance of juveniles was recorded in September (2008) and July (2009). The majority (n=22) of juvenile sightings, both alive and as road kill, occurred in July but they continued to be recorded up until November (n=3). The presence of juveniles at the study site in October 2008 and a pregnant female being found in September 2009 indicated that late litters occur in Ireland. 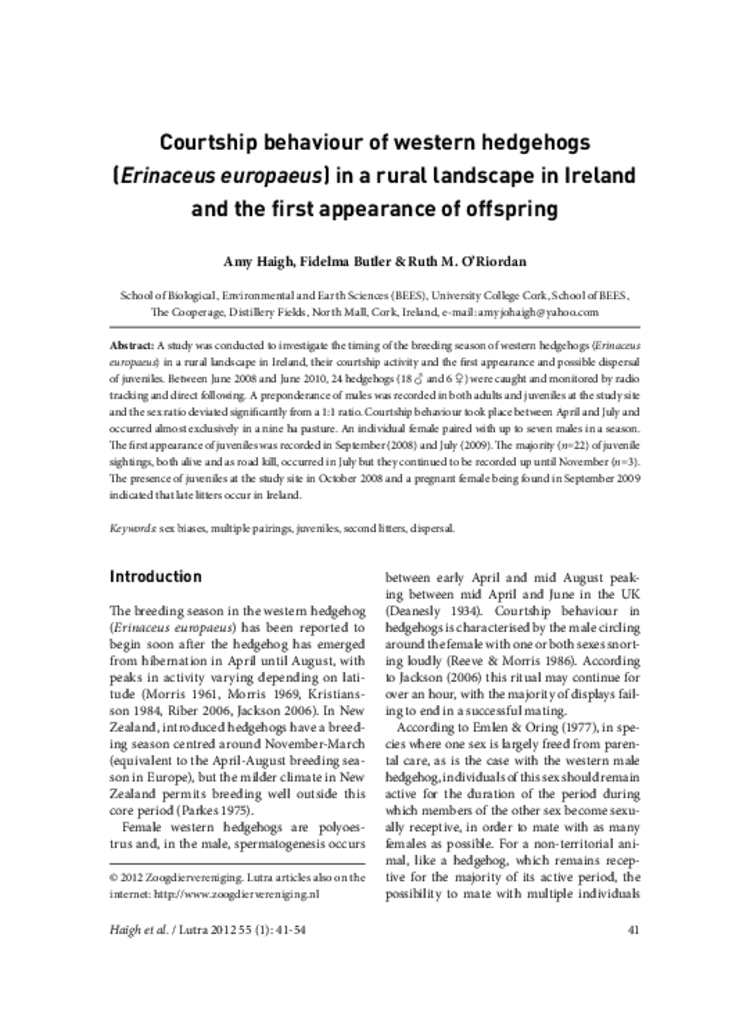 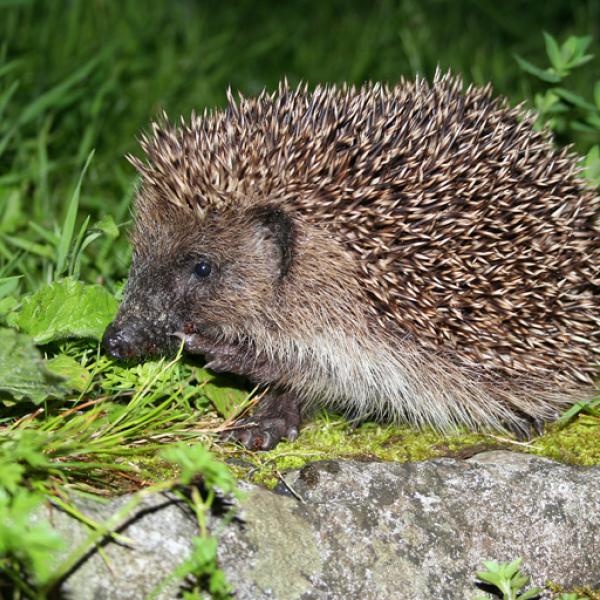