Distribution and diet of otters (Lutra lutra) in marine areas of Loch Lomond and The Trossachs National Park, Scotland, UK

Loch Lomond and The Trossachs National Park was established as Scotland’s first National Park in 2002 and contains marine coastal areas that provide suitable habitats for otters (Lutra lutra) and their prey. The aim of this study was to investigate the distribution and diet of otters in the three sea lochs bordering the National Park to provide baseline data for a local biodiversity action plan for this species. Thirty nine sites were surveyed for otter signs (spraints and tracks) between April and August 2005. Otter signs were recorded at 46% of sites with the greatest proportion of positive sites being recorded around Loch Goil (69%) compared to Loch Long (37%) and the Holy Loch (28%). There was no difference in the proportion of positive sites according to shore type or terrestrial habitat. Sites with A roads had the lowest proportion of positive sites (15.4%), compared to sites with B roads (50.0%) and sites without roads (71.4%). However, the availability of shallow water was also an important factor influencing spraint distribution. Analysis of spraints showed that the diet of otters consisted mainly of bottom dwelling fish and crab. The only significant difference between lochs was in the proportion of eelpout (Zoarces viviparous) and sole (Solea solea) present in spraints. Eelpout and sole were more common in spraints found in Loch Goil. 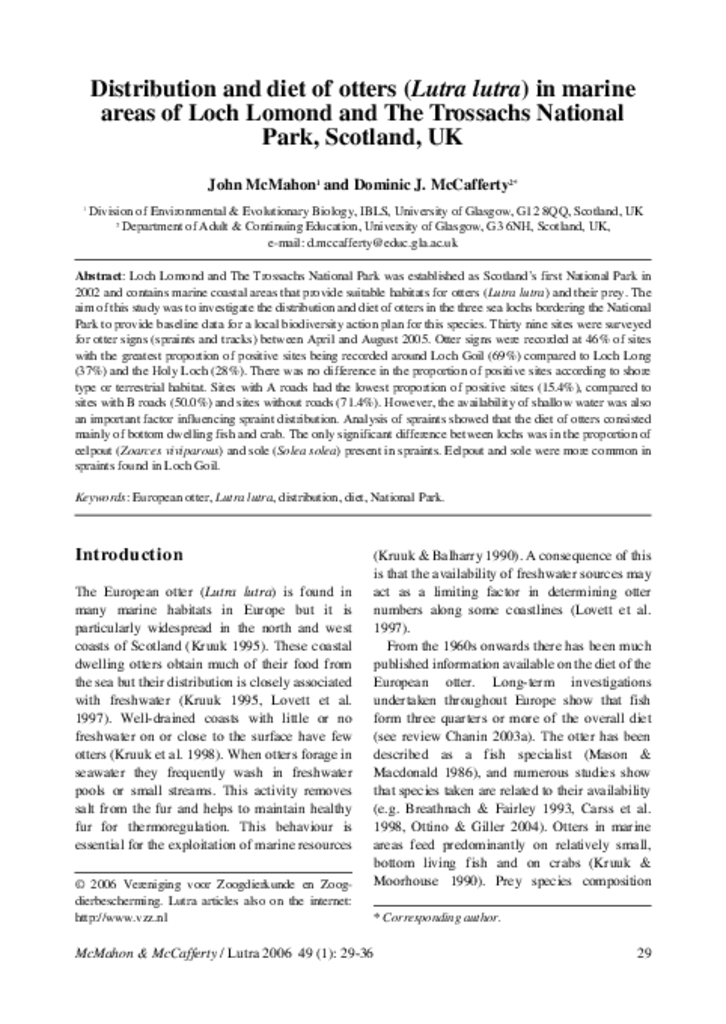 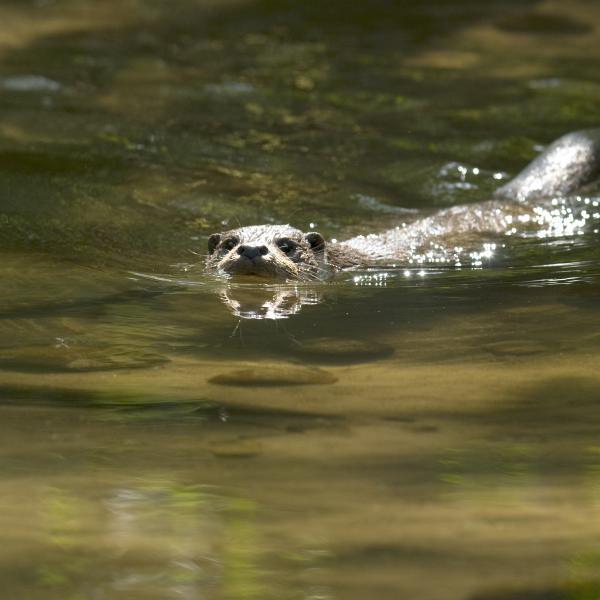